Bias disclosed, I’m a Yankees fan, and I haven’t felt this confident about my team in a long time. Letting Cano go was the best thing for New York. While a great talent, he’s not the gold standard for leadership nor hustle. I think the Mariners will regret this move in a few years.

Brian McCann is a leader and can command a pitching staff. Carlos Beltran is another great locker room guy and someone who can exude contagious confidence in the postseason.

If everyone stays healthy, this team will have both the talent and mental drive to make a serious postseason push. The last five World Series champions did not make the playoffs that preceding year.

This team always seems to be having fun; watch Wil Myers, one of the top breakout players in 2013. If James Loney has broken out of his shell for good and Evan Longoria stays healthy, the Rays can win 90 games. We’ll see if their young pitching can repeat last year’s performance.

I still feel they’ll finish third behind the Yankees and Red Sox.

I’m expecting a down year for Baltimore, heavily due to their intradivision competition. I love any team coached by Buck Showalter and we know what a stud Manny Machado is, but the O’s didn’t improve their roster nor rotation. Chris Davis and Machado will not be enough to win this year.

On paper, the Blue Jays have a representative club. But they strike out too much and seem to go for the long ball. Mark Buehrle looked lost last year, R.A. Dickey will have an average season, and their package won’t be enough to compete with the rest of the division.

They lack a winning team attitude, probably a by-product of 20 years experience AL East dumpster diving. I’m struggling to make a case why the Blue Jays will win more than 83 games. I don’t think they’ll go .500.

A World Series hangover is the only way the Red Sox won’t have an outstanding season. It just seemed the Red Sox had the ability to win every game late last year. They had an “it” factor. The beards bred team camaraderie. Dustin Pedroia drove team focus and was a leader on the field.

Pitching is the Red Sox’s only suspect category. Ryan Dempster’s sabbatical means Clay Buchholtz must stay healthy and John Lackey needs to prove last year wasn’t a fluke. Jon Lester should remain the ace he is. A 180-degree turn from 2012, a Yankees fan can only hope they come a full 360 here in 2014, but that won’t happen. 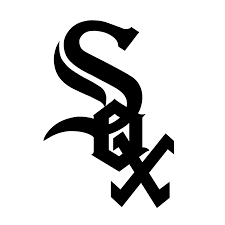 Aside from a few good moves to acquire Matt Davidson and Adam Eaton, there’s not too much to look forward to. Tyler Flowers was one of the top rookies of 2013 and should be their full-time catcher. The 27-year old strikes out too much but seems coachable and very talented. Chris Sale is the team’s most marketable and watchable player.

The skinny lefty had a great 2013 despite his 11-14 record. He’ll be the ace of the staff and probably one of the team’s few bright spots this year.

Norichika Aoki is a player that will make any team better. Last year he hit close to .290, stole 20 bases, played a good outfield, and walked more than he struck out. But they gave up their only young potential starter in Will Smith. Omar Infante is another good signing, but it won’t be enough.

It seems year after year the Royals go into the season with little to no expectations. Don’t we all just want to see them do well, just for once?

Any team coached by Terry Francona will be a solid one. A player’s manager, he’s a perfect fit in Cleveland. Jason Kipnis leads the list of young Indians ball players. Last year, no Indians starter threw to an ERA over 4.04. Justin Masterson is back and will lead the club.

There is nothing I don’t like about this team. A young, tight core getting only a kitten’s feed of postseason play, I expect Cleveland to channel last year’s disappointment into perpetual focus in 2014. They are my AL dark horse.

I think the Tigers won the Ian Kinsler deal. Austin Jackson strikes out too much for a leadoff hitter, and this deal allows Miguel Cabrera to chill out a bit back at first base. Kinsler’s disclosed displeasure of the deal means he’ll come out with a little extra in 2014.

It doesn’t seem Verlander’s current issue should be a factor once the season starts. And with arguably the top pitcher in the league, well see if Max Scherzer can once again lead the Tigers past the Indians. Those two teams should make for a great race come September.

The Twins made some nice pickups this offseason. Kurt Suzuki, Ricky Nolasco, Phil Hughes. Nothing that will propel them past the Tigers or Indians. The Twins will most likely settle for third in the division.

Los Angeles Angels It seems the general consensus in the aftermath of the Mark Trumbo deal was the Angles got the best in the deal. And they did get a few solid pitchers in Hector Santiago and Tyler Skaggs. But giving up a 30/100 guy isn’t easy, especially when you should expect almost nothing from Albert Pujols nor Josh Hamilton.

Still, a solid starting rotation and a representative starting lineup should give this team a chance in what is probably the worst division in the American League.

Josh Donaldson gave us some great moments last year. Most notably his tarp catch (here). He hit over .300 and lead the team with 93 RBIs. Yoenis Cespedes showed his value in the second half, Brandon Moss gives them power, and Josh Reddick’s beard came through with a  lot of big moments. Scott Kazmir was a very good sign.

If their young staff can find a way to make it work, the bullpen (now featuring former Orioles closer Jim Johnson) will be enough to compete for the division title.

Robinson Cano’s signing was the big splash of the winter. They got a gold-caliber player, but I feel they’ll regret this signing earlier than later. Cano never took it upon himself to hustle nor call out a teammate for their lack of it. An immense talent, well see if a leader emerges elsewhere on the team – something tough to do when the clear-cut best player is not that type. He got his money, and no one can take it away from him. Let’s see if he gives 100%.

Prince Fielder, Shin Soo Choo, Daniel Bard: Three acquisitions I love, Choo my favorite. Wherever Choo has played, he puts up consistent 20/70/.290 numbers. A hard worker, Choo will be an excellent fit on a team with a certain playoff chance. If Daniel Bard can control his 99mph fastball, he’ll be a great setup man for Joe Nathan.