My skateboarding phase took me from around fourth grade through seventh, but I never lost the excitement for watching extreme sports. While I won’t watch ESPN’s X Games religiously, I certainly make an effort to check out some of the action.

But personally, my most captivating winter “event” is the Real Snow competition. For snowboarders not fortunate enough to live near mountains, these guys videotape themselves making do with whatever street-style is available: spins down library stairs, back flips over swimming pools, plus more. 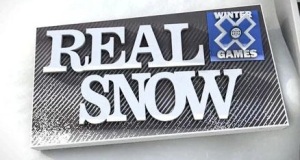 The reason it’s tough to consider this an X Games event is because of the variation in venue. As is the purpose of the competition, street snowboarders around the world use only what’s in their reach to showcase their skills. In turn, the only way to “apply” for a gold medal is to videotape your show, make the cut, then get voted in by the fans.

Right now it’s down to two. Using only a wound up cord to generate speed, watch Eero Ettala and Frank April tear up the neighborhood with their superior concoction of guts and creativity. To vote, click here.

It’s difficult to excel at extreme sports because of the “been there, done that” factor. It’s like the NBA dunk contest – show me something I haven’t seen. But where’s the glass ceiling? How many spins can Shaun White throw down in big air?

I side in favor of the Real Snow competition because it’s untapped and fresh. Infinite courses in addition to the category’s creativity factor are healthy complements to the unquestioned skill these maniacs possess. Who doesn’t want to launch off the roof of their high school cafeteria?

Here’s me in Vermont last year. I think I’m on the cusp on greatness.


(This whole post I tried to come up with an “ice water in their veins, but they already perform on snow” joke, but nothing seemed unforced. I’ll chalk it down as a fail and try better next time)